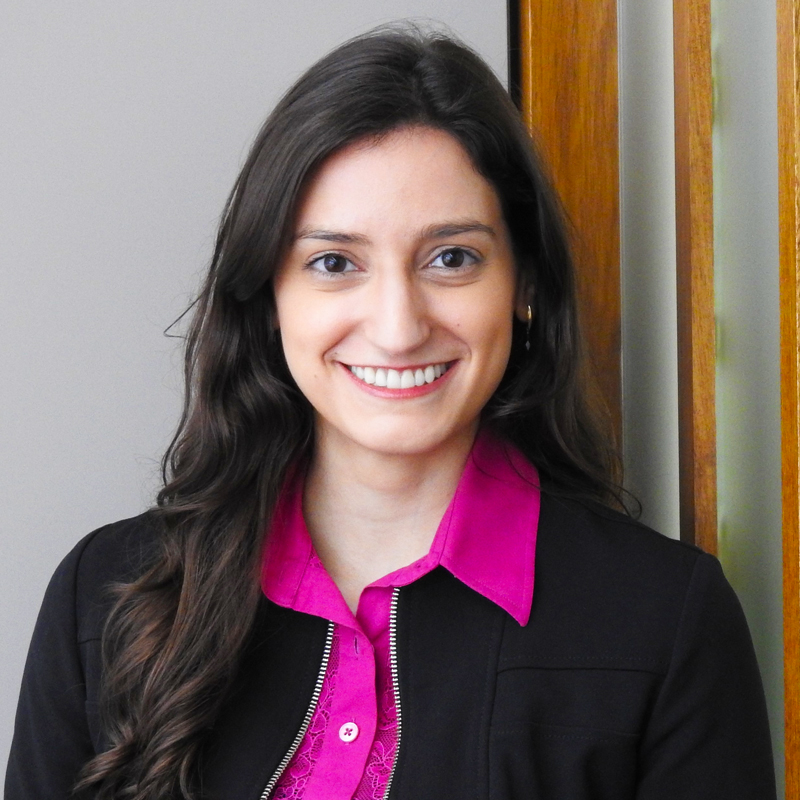 Carolina Mattias is lawyer in business law and corporate compliance, with a focus in anticorruption, improbity, investigations, and criminal law, especially regarding federal crimes and money laundering.

Law degree from the University of Sao Paulo Law School (2013) where she was awarded the prize of 2nd best student of the Class of 2013. Nominated to the prize “Santander Jovem Jurista” for the final thesis in Criminal law and Life sciences. She was an exchange student at the University of Surrey, United Kingdom (2013) and took the Cyberlaw course at the London School of Economics and Political Science, United Kingdom (2012), during graduation studies.

Advised several clients as a lawyer in civil and criminal cases. Worked for over three years as an assistant in the Brazilian Federal Prosecution Service (MPF), in the areas of anti-corruption and criminal law, with extensive experience in investigations and cases regarding improbity, federal crimes and money laundering, as well as in supervising and conducting police investigations and criminal actions against authorities.

Send this to a friend